Everything Claire Bain makes is built on an inquiry into Systems-Power-Identity.

She has been a filmmaker/artist/writer since 1989, when she graduated from the San Francisco Art Institute. Her works have been shown in the San Francisco Bay Area at Pacific Film Archive, San Francisco Cinematheque, Artists' Television Access, Southern Exposure, and at other venues nationally such as the New York Video Festival. She has been painting murals since 1993; several are in San Francisco and one is in her home town of Albuquerque, New Mexico.

She has written for the Artitsts' Television Access Blog, was an editorial contributor to the book, Street Art San Francisco: Mission Muralismo, which also includes her essay, "Hell in Playland." She published an essay on Gunvor Nelson's film, "Red Shift," in the film journal Release Print.

Bain manages the 17th Street Art Explosion Studio and is at work on a photo novel called "Blooming Babel," a tangent of her continuous social media fiction project called "The Nova Avon." She is writing a blog on murals and other de facto public street media called "Public Visual Space" (cbainwalls.blogspot.com).

Since 1993 she has taught art, architecture, and creative writing in Bay Area schools, grades K - 12. She writes a blog on teaching art: cbainarted.blogspot.com.  She directed the education program at Precita Eyes Muralists for two years, and has written art curricula for KQED and other organizations.

Before working as an artist, Claire had a ten-year career as a drafter and engineering/science technician for civil, geological, and environmental engineering firms. Science and math are a big and beloved part of her life. Writing is her foundation.

Some of her videos can be viewed on her YouTube channel: http://youtube.com/cbainz
Her films can be rented from Canyon Cinema, and her videos are available for purchase there.

1999 Women on the Verge: The Multiple Personae of Anne McGuire and Claire Bain San Francisco Cinematheque 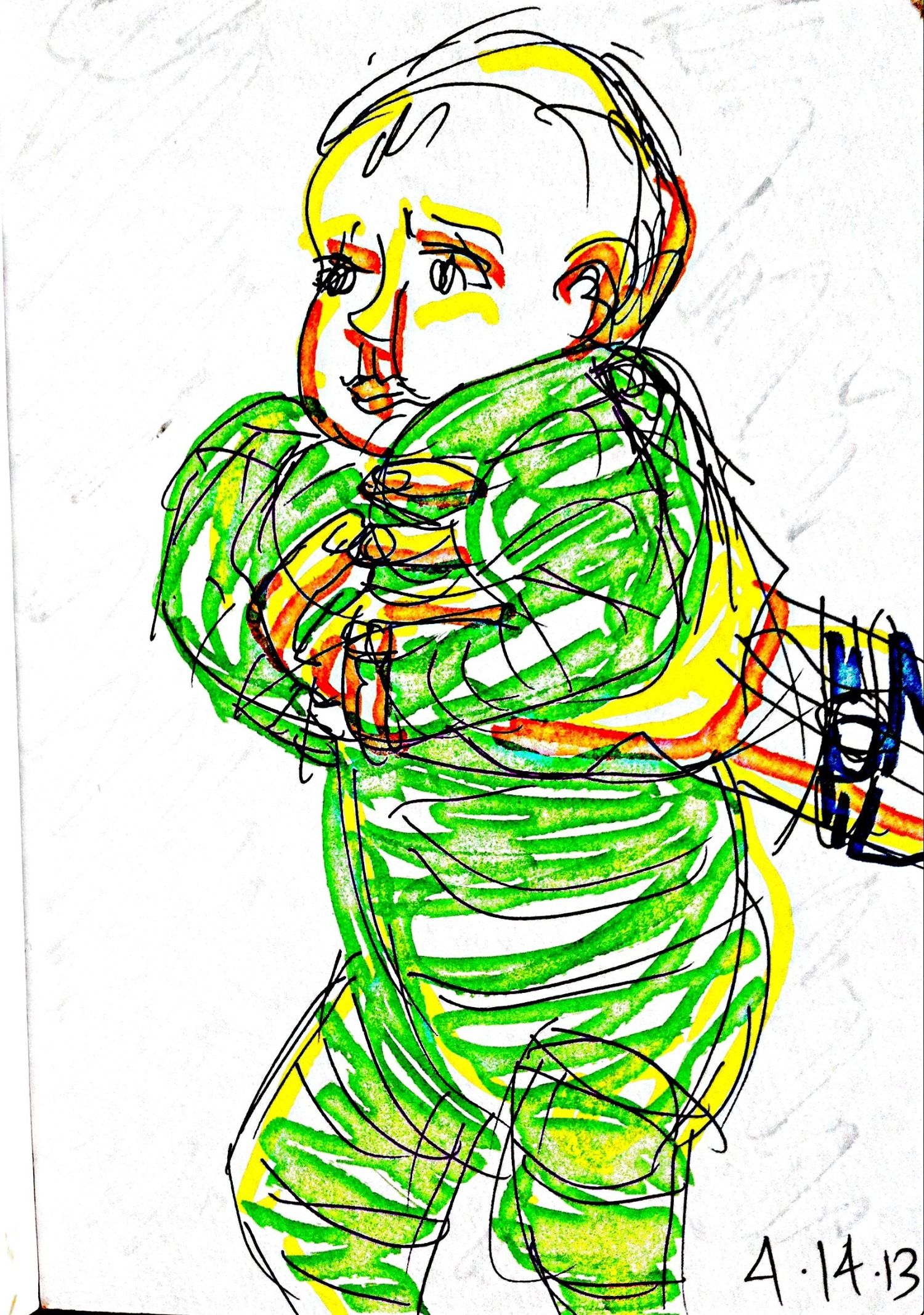